The Mortal Instruments trilogy by Cassandra Clare is something else. For those still hooked on Twilight, this book will keep you on the edge, begging for more. Clary is teenager whose mom is attacked by a demon. As Clary unveils a whole new world, she discovers who she really is, a Shadowhunter. But will this exciting and dangerous dimension be the cause of Clary’s death. You’ll find out in City of Bones, City of Ashes, and then finally, City of Glass.

My entry is about The Dragon Princess. I like this book because is about a teen princess who is cursed in a way. When she gets angry she turns into a dragon! The story is set in a castle in a place called Greater Grensword, a princess who is turning 15 is getting ready to have her birthday party that’s going to be at her castle when her mom and dad say she has to go to her grandparents’ castle for her party! She REALLY doesn’t want to go there because she knows shes going to get mad and her grandparents don’t know she turns into a dragon. The next day while she is at her party she gets mad and turns into a dragon and she tries to find the blue witch so she can control herself. Her friends come with her and their names are Zoe, Francis, and Simon-Leo.

This book called Fever 1793 was about the yellow fever in Philadelphia. This is a good book because it talks alot about the history of the fever and that many people have it and they don’t have a cure for it back then. I would recommend this because it is very interesting. 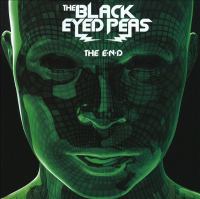 I really like the new Black Eyed Peas album The E.N.D. My favorite songs are I Gotta Feeling and Boom Boom Pow. The music is very rhythmic and easy to dance to. I highly recommend this album. 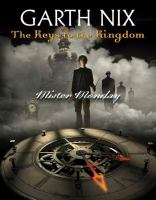 I just finished reading Mister Monday by Garth Nix. I really liked this story, it was exciting and strange. I like how they included one of the seven deadly sins; Mr. Monday is very lazy so I’m pretty sure his sin is Sloth.  I know that most of the series is already out and I can’t wait to read more about Arthur and his adventures in the house and the secondary realms.