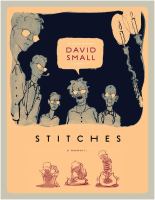 It September 2010, syndicated columnist and author Dan Savage and his partner Terry made a YouTube video for LGBT teens and youth as a reaction to the number of young people who took their lives the past year because of being bullied.

Following this posting, they began the It Gets Better Project, which accepts YouTube videos with inspiring messages for those who need it.   Click here to check out the site.  Celebrities and everyday people have posted more than 10,000 videos.  In March 2011 they were also able to publish a book that contains inspiring essays and other materials, and all the proceeds from the book are being donated to LGBT youth charities.  It Gets Better: Coming Out, Overcoming Bullying, and Creating a Life Worth Living can be found on our shelves in the Library.

Recently, the band Rise Against has collaborated with the It Gets Better Project to use clips from the video submissions in their newest music video for their song Make It Stop (September’s Children), and the video was released this week. The song draws its inspiration from the rash of suicides of bullied teens.  Make It Stop (September’s Children) is on their latest album Endgame, which you can find in the Library’s collection.  Also, an interesting note, the band filmed the music video at lead singer Tim McIlrath’s former high school, Rolling Meadows High School.

Also, if you’re looking for something to read in honor of Earth Day, check out this list of books to go green!

Haley is one of our teen patrons who we can always count on for reviews.  Here are a few of her recent reviews:

I read Summer Boys by Hailey Abbott and it was about 3 girls who try to find their first guy. They try to find him and fall in love for the first time but they are in high school. This book was a good book but kind of slow in the first two chapters. I would recommend it.

Click here to find Summer Boys in our catalog.

I read Tuesday’s with Morrie by Mitch album. It was about a man named Mitch you has ALS and needs some help. It was a good book but also sad. I would recommend it.

Click here to find Tuesday’s with Morrie in our catalog. I read Safe Heaven by Nicolas Sparks. It wasn’t my favorite books by him. It was about a girl and how she is trying to find the right guy to date and be with. Then she finds him and they get together. It is a good book but I would recommend all the others of his especially The Notebook, The Lucky One, The Last Song, as well as A Walk to Remember.

Click here to find Safe Haven in our catalog.

If you’re interested in submitting reviews to the Teen Talk Blog, too, then fill in your information at the top right hand side of the page and submit your review.  Don’t forget to hit Send!

The movie Soul Surfer hits theaters tomorrow.  It is the true story of the surfer Bethany Hamilton, who lost her arm at 13 years old when a 14 foot tiger shark attacked her.

Here’s the trailer for the movie:

Stop by the Library and check out the books Soul Surfer: a true story of faith, family, and fighting to get back on the board by Bethany Hamilton and Shark Girl by Kelly Bingham. Soul Surfer is Hamilton’s own account of the attack, what led up to it and how she overcame the loss of her arm. Shark Girl by Kelly Bingham was actually written before Bethany was attacked and she attracted national media attention. As the author, Kelly Bingham, explains here she had just finished her first draft of the book when Bethany was attacked, so she shelved the manuscript and almost never revisited it. A year later she revised the manuscript and sold it in 2006.  It is also cool to note that Shark Girl is a novel in verse (a great way to celebrate National Poetry month!).