The time is the near future and mostly everyone is connected to a constant live Internet feed; from watching online television to video chatting and texting, the Feed is the way to live. Life on the Feed is all fun and games until a computer hacker shuts down the Feed, causing the world of many to be turned upside down. But when Violet’s feed is brutally interrupted, her friend Titus tries to do everything in his power to help get her feed back up and running.  Read or listen to Feed by M.T. Anderson and ask yourself: Is this the future you want?

It’s the summer after graduation and Dade Hamilton is dreading his uninteresting life before he is college bound – from a tedious job to a relationship he must keep secret from his friends, Dade immediately finds  himself struggling with life.  To help him with his struggles, Dade meets Alex, a fry cook who hangs with the wrong crowd but becomes the distraction Dade needs.  But with all good things must come to an end.  To find out what happens to Dade in his emotional love triangle, read The Vast Fields of Ordinary.  Grade 9 and up. 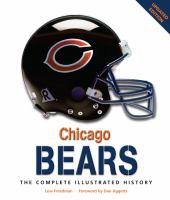 The Chicago Bears are having a great season (so far)! If you’d like to learn more about their history, famous players, and memorable games, check out Chicago Bears: The Complete Illustrated History. This book is full of pictures and facts describing everything from the team’s founding in 1922 by George Halas to their 1985 Super Bowl victory with coach Mike Ditka to current day players and enduring rivalries. You’ll learn all you every wanted to know about “Da Bears.”

The Absolutely True Diary of a Part-Time Indian by Sherman Alexie is an upbeat story that follows Junior, a Spokane Indian who really does not fit in at his high school on the Reservation so ends up transferring to an upscale all-white school where the only other Indian is the school mascot.  Written in a diary format with hilarious cartoons, join Junior as he survives Freshman year dealing with friendship, racism, sports, and alcoholism.

A Child Called “It” is a remarkable story of a young boy who is brutally abused emotionally and physically by his alcoholic mother.  Read through Dave Pelzer’s courageous journey as he escapes the violence that almost left him dead.  This story will give you a different perspective on life.