Are you looking for a book that is filled with fantasy, action, and romance; well Daughter of Smoke and Bone is the book for you. Imagine living a double life, in which one you’re a normal 17 year old and in the other you’re running errands collecting teeth for a monster; well welcome to the life of Karou. Everything has been going great until the Angels start to appear, and Karou is faced with the ongoing war between “Good & Evil” and the love of her lives! “Once upon a time, an angel and a devil fell in love. It did not end well.”

You may also like Wicked Lovely by Melissa Marr; Grave Mercy by R.L. LaFevers; City of Bones by Cassandra Clare. 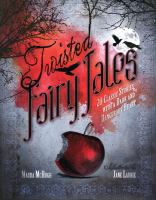 This collection of short stories is not for the faint-hearted! While hearkening back to the macabre roots of the original Grimm’s Fairy Tales, each of these stories features a plucky or clever heroine to cheer on—forget about pining princesses or damsels-in-distress.  The stories are briskly written and acutely psychological, with the whole collection brought together by the atmospheric illustrations of Jane Laurie.  There are the token popular tales of British and German origin, but mixed with several lesser-known tales, such as “The Red Shoes,” and “Molly Whupple, ”as well as some treasures from other cultures, like “Vasilisa’s Fire,” and “The Island of Skeletons”.  Get into the Halloween spirit with this book today! 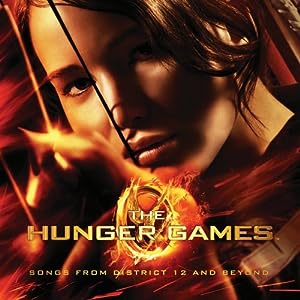 Imagine going to the doctor and finding out you only have 1-year to live and keeping it a secret. Deciding not to undergo any type of treatment for his rare disease, Ben Wolf decides instead to make a mark in his small town of Trout, Idaho. Ben’s plan is to petition for the name change of Main Street to Malcolm X all while frustrating his biased history teacher. Follow Ben, star cross-country runner turned football player in his humorous yet realistic world as he manages to keep his life as “normal” as possible in Deadline.

Books you may also like: Speak by Laurie Anderson, Thirteen Reasons Why by Jay Asher, The Pact by Jodi Picoult, The Fault in our Stars by John Green

It’s senior year for Brittany Ellis, Fairfield High School’s Head Cheerleader and she wants her last year to finish perfect.  But when she finds out her chemistry partner is Alex Fuentes, the bad boy gang member from the wrong side of the tracks, she knows the year is bound to be a deadly chemical reaction – of love.  Can Brittany survive the year and keep her squeaky clean reputation or will her Alex bring her down with his handsome good looks?  Read Simone Elkeless’s Perfect Chemistry, part 1 of the Perfect Chemistry series.