One Shot vs. Jack Reacher

Both the book, One Shot, and the movie, Jack Reacher, are entertaining fast paced thrillers that will keep you glued to the page or the screen. But, for fans of the Lee Child series of Jack Reacher books, Tom Cruise does not make a very believable Jack Reacher, mainly because he’s way too short and not bulked up enough to fit the image fans of the book will have of this character. But he’s certainly cocky enough and if you haven’t read the books, you’ll enjoy his performance and will absolutely love Robert Duvall in the role of the gun shop owner, Martin Cash. Fans of the Jack Reacher books will most likely prefer the book over the movie, as I did, but the movie doesn’t disappoint so for a good escapist movie that’s sure to entertain, grab it next time you head over to the library.

Rumors and secrets abound in the twisted, magical world of Sophie, the sassy, self-deprecating young hat-maker who leaves her quiet life behind to unravel the complicated web of curses that have turned her into an old woman, rather prematurely. As beloved as the 1986 original by Diana Wynne Jones may be, all ages will fall under the spell the unforgettable characters in Sophie’s journey in the 2004 adaptation by director Hayao Miyazaki in the lush and colorful signature style of Studio Ghibli.

One of my favorite books is The Bridges of Madison County. The book gave a much more in-depth view of the relationship between Francesca and Robert, but the movie did a very good job of telling story as well. Of course, I will never read the book again without adding Meryl Streep and Clint Eastwood’s face to every page!!! Though for sure I wouldn’t mind if Robert Redford played the role of Robert.

Being a hopeless romantic, I could not help but add much more of my own emotions to every sentence of the book which made it that much more heartfelt. Even though the movie hit all the important parts of the story line, watching these two young adults fall in love against the wishes of a parent who wants nothing more than to keep her child safe leaves a lot less to the imagination. Whichever journey you would like to embark on, book or movie, you won’t be dissatisfied.

Hold on to your hats, as this book takes you not only through one journey but two. Pay attention as we rarely notice when people come into our lives who may change our future. Like many other movies, this one follows the book fairly well, but one cannot help but to read between the lines and allow our imaginations to soar, which is something that cannot be done when we sit in front of a screen.

I enjoyed the Wonder book over the movie because I felt the movie missed many important details from the book. The movie felt a bit incomplete to me because of this. The book brought out more emotions than the movie did.

The Fault in Our Stars

The movie was just beautiful from beginning to end. It is always nice to see a love story play out on the big screen. I fell in love with the characters and the ending still broke my heart in the same way that the book did.

Documentarian Lauren Greenfield offers a harrowing look into the lives of eating disorder patients receiving inpatient treatment in her documentary and photobook both titled Thin. As insightful as the documentary is, the photobook offers further interviews with both teens and adult women suffering from addiction and disordered eating. While it is a grim subject to cover, Greenfield’s photos and interviews display the full spectrum of emotions and challenges women face regarding their bodies and life as a woman. 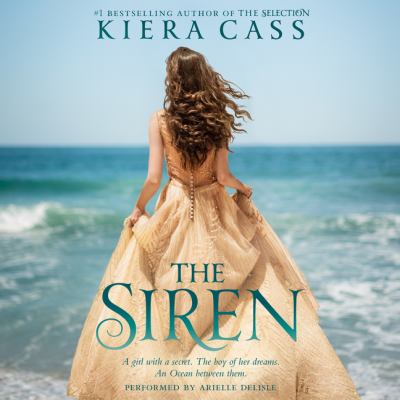 Imagine having the ability to speak, yet being forbidden from doing so in public! Could you live for 100 years like this?

This is the life of Kahlen, and she is fine with it. She even understands her duty to the Ocean, and why things have to be this way.

The Ocean understands her, loves and protects her from the overwhelming guilt that comes from each singing.

However can the Ocean protect her from the way only true love can hurt? How much will Kahlen sacrifice, will she sacrifice love itself?

Each Siren has her own story and each of them has to live with the stringent rules the Ocean sets, but they all have to come together and sing until they manage to quench the hunger that steers inside the Ocean.

This book is like: Storm & Salt by Kendall Kulper, Wake by Amanda Hocking, and Dreamology by Lucy Keating

As you hear about marches and movements—large and small—happening all over the country, do you wonder how you fit in, what role you might play, or what difference YOU could make? Or maybe you already know: you are active in your community, and online, and you know how to make your voice heard! In either case, you’ll want to pick up these books.  Any non-violent movement in this country today is a “child” of the Civil Rights Movement, and it’s vital to know where we came from if we want to know where we’re going.

The March books tell the story of the Civil Rights Movement of the 1960s principally through the eyes of John Lewis. Today he’s a congressman for Georgia in the House of Representatives, but in the 1960s he became an important leader in the Civil Rights Movement. These three graphic novels are an innovative collaboration between John Lewis and Andrew Aydin, along with Nate Powell as the artist.

In this immersive vision of storytelling, we bear witness to the late-night strategy meetings, tense phone calls and legendary conferences, as well as the beatings, bombings, and other brutalities suffered by protesters. We are with John Lewis as he grows from joining the Student Nonviolent Coordinating Committee (SNCC) in college, to preaching sermons and leading marches in the South, and later finds himself elected as the Chairman of SNCC in 1963.  He shares his multiple imprisonments, his dedication to stay nonviolent in protests, and challenges to keeping the movement whole.  Through John Lewis you get to know other key figures you may not have heard about before, and learn about the complicated relationship between the different organizations that guided the Civil Rights Movement. The whole story is beautifully juxtaposed with President Barack Obama’s inaugural speech in January 2009, such that when he says “I stand here today humbled by the task before us, grateful for the trust you have bestowed, mindful of the sacrifices borne by our ancestors,” your heart breaks with the weight of those sacrifices (March: Book Two, pg 176).

Maybe I’m taking on too much by grouping these three in a review together—there’s definitely more than enough to talk about in every single one—but after reading the first, you won’t be satisfied until you’ve read all three!

In case you needed any more motivation to pick these up today…Maybe you’ve already heard about all the awards March: Book Three has won? How about: the Coretta Scott King (Author) Book Award, the Michael L. Printz Award for excellence in young-adult literature, the Robert F. Sibert Informational Book Award, and the YALSA Award for excellence in young-adult nonfiction!

What are you waiting for? Click on the links or pictures above and request a copy today!

The Book of Unknown Americans, by Cristina Henriquez, is a novel written as a series of interconnected stories, each of which could stand on its own. The book tells the story of several immigrant families from Panama, Mexico, Nicaragua and Latin American countries who end up in Delaware. The stories are told in first person and are narrated by different members of the same family. We learn their backstory, what brought them to the United States, and in some cases a little about how they got here, as well as getting a vivid picture of what life here is like for them, living as immigrants in a country with a culture and language so distinct from their own and one in which immigrants are not always openly welcomed.

The families all live in the same apartment complex, owned by another immigrant, and their lives are at once interconnected and often isolated, each family with its own challenges and obstacles to overcome. The core of the stories involve a family who comes to the US to provide educational opportunities to their daughter, who was brain damaged in an accident, and her relationship with the son of another tenant. At the same time, Henriquez interweaves this story with that of the other tenants, who face language barriers, economic hardship, and discrimination, among other challenges.
Hernandez’s writing draws you into the lives of her characters and you feel their disappointments and frustration and their small moments of joy as well. When I finished the book, I was left hoping there would be a second book so I could continue following their stories.
Written by: Rachel L.

The Crossover by Kwame Alexander is a book popping up on a lot of different school summer reading lists. For some students, reading is the last thing they want to do when school is out. It can be hard to get your student to read when the nice weather is calling their name. We get it. However, if you’re given a choice on which books to read, this is a great one for students who don’t like to read.

This book is unlike any book I’ve read before. Written completely in verse, there are no more than 50 words on a page. So, just by looking at the pages it doesn’t seem all that bad. It’s a super quick read and the subject matter is very tangible and realistic.

We’re following a pair of twins who are obsessed with basketball, and sometimes girls. Sometimes things are great – you’re winning all your games and you’re getting A’s in all your classes. However, there’s always those times when you’re mom starts making weird dips trying to get you healthy, you’re fighting with a best friend, or your mind just isn’t in the game.

If you like this book, you’ll enjoy Kwame Alexander’s other book Booked, Planet Middle School by Nikki Grimes, and Rocket Man by Jan Coates.