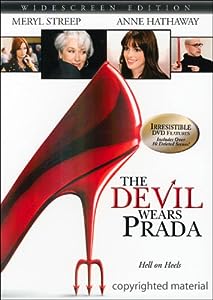 A delightfully hilarious film about how can someone hate their boss so much. Andrea Sachs landed a job “a million girls would die for” and this job might be the death of her! Miranda Priestly, is a high-profile, fabulously successful editor of Runway magazine and is Andrea’s boss. Watch how Andrea is sorely tested each and every day by Miranda. Some of Andrea’s tasks are unfeasible but she still finds a way to get them done in order to get a stellar recommendation from Miranda. That can open many opportunities for a better top job in any magazine of her choosing. Starring Academy Award winner Meryl Streep and Academy Award winner Anne Hathaway. 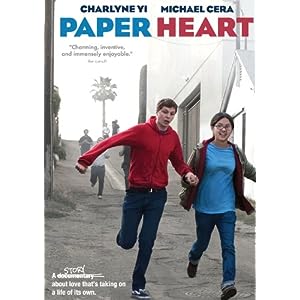 Paper Heart is about artist and comedian Charlyne Yi, who makes a comical documentary about searching for the true meaning of fairytale love. Yi travels throughout the U.S. looking for anyone who will talk to her about their life lessons about love. During her journey, she meets some amazing people, including the elderly, children, and even celebrities. Yi’s skepticism about love is shaken when she meets actor Michael Cera. Shy but curious about one another, Cera and Yi have an unscripted hook up–or so we think. It’s hard to know exactly where the line is between documentary and fiction in this film, but in a way it doesn’t matter; just enjoy Yi’s creative cardboard-cutout puppetry. If you like Paper Heart you may also like Sunshine Cleaning, Juno and Larry Crowne.

Daria, which aired on MTV between 1997 and 2002, Daria does not care about been popular in high school, establishing long time friendships, or join the glee club in high school…whatever.  Daria Morgendorffer is cool in her own way she funnily explains over and over why she is called “the misery chick”. Her yuppie parents or her younger sister do not get her and the inhabitants of her hometown easily fall prey to her hilarious sarcasm. Watch and laugh out loud how Daria tries to survive high school with as little human contact as possible. This dvd includes all five seasons and plus both TV movies such like “Is it Fall yet?” and “Is it College Yet?”. 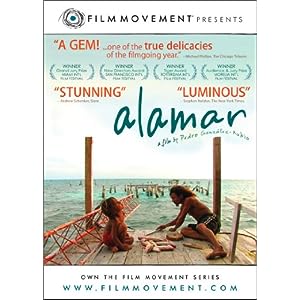 Alamar, directed by Pedro González-Rubio, is the story of five-year-old Natán, during the weeks that he lives with his father, Jorge, before leaving to be with his mother in Rome.  Jorge takes his son to Banco Chinchorro of Mexico, the second largest coral reef on the planet, where he teaches him the rhythm of the life of a fisherman, and the beauty of the sea.  The movie often has the feel of a documentary, and we experience this life alongside Natán—reveling in magnificent vistas above and below the water, and learning about the harmony that these fishermen create with the world around them.  In Spanish with optional English subtitles, the gentle pacing and emotional depth of this movie is truly refreshing.

Doctor Who. The complete first series

The new series of Doctor Who returns and is based on the science fiction program Doctor Who that originally ran from 1963 to 1989. Dr. Who is an alien that is wise, funny, a loner, brave and is detached to logic. That is why he needs a human companion to complement each other. The Doctor always travels with his companion through time, space and encountering new adversaries. The series hold 13 episodes that strike excitement, and imagination, with engaging performances from Christopher Eccleston who portrays the Doctor and Billie Piper as his human companion. By the end of this series you will know what is a “Dalek”, the meaning behind the words of “Bad Wolf” and how a blue British police box is bigger from the inside.

If you like the Doctor Who series you may also like Torchwood, Being Human and Once Upon a Time.